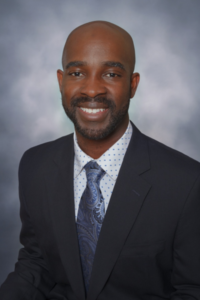 Dr. Marfo was born in Koforidua, Ghana to a father who was a pediatrician and a mother who was a registered nurse. After leaving Ghana at the age of five, he and his family immigrated to the United States. He grew up in Sicklerville, NJ where he graduated from Timber Creek Regional High School as the class valedictorian. He then attended Villanova University and graduated with Magna Cum Laude Honors. While attending Howard University College of Medicine, Dr. Marfo was inducted into the prestigious Alpha Omega Alpha Medical Honor Society. He then completed a rigorous five-year Orthopaedic surgery residency at Howard University Hospital, where he served as Administrative Chief Resident and was recognized as having the best operative skills at graduation. He later completed an additional year of advanced training in Adult Reconstruction at the world-renowned Joint Implant Surgeons (JIS) Orthopedics fellowship in New Albany, OH. During his fellowship year, he learned efficient, innovative, and evidence-based surgical techniques from some of the best hip and knee surgeons in the world.

He is well respected by his peers, and his patients frequently compliment him on his excellent bedside manner and congeniality. He was twice an Orthopaedic patient himself due to Achilles and Patellar tendon ruptures, so he empathizes well with his patients. He has multiple publications about hip and knee arthroplasty as well as various other topics in Orthopaedic Surgery. He continues to read up on the latest literature in the field, and tailors his practice to the knowledge ascertained from evidence-based medicine. Outside of Orthopaedics, his hobbies include football, basketball, chess, swimming, traveling, and spending time with family and friends.